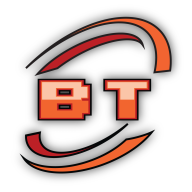 Setting up WordPress on Windows XP to use IIS 5.1

0
by Whitney Roberts in Wordpress

I recently built a Windows XP virtual machine with the intention of doing wordpress theme development and testing on it.

Getting WordPress up and running normally requires running Apache, MySQL and the wordpress binaries, but instead of running Apache, I wanted to use the version of IIS included in Windows XP.

Getting everything for WordPress up and running wasn’t that difficult, but I wanted to record my steps and sources in case anyone else is considering doing the same.

Also consider installing FTP with IIS so that you have a mechanism to move files in/out of the VM.  I choose to go this route so I can more easily replicate my production server configuration since mapping drives and Windows networking is out of the question in an internet-facing/production scenario.
END_OF_DOCUMENT_TOKEN_TO_BE_REPLACED